Top Fuel rookie Justin Ashley wouldn't say he was skeptical as much as intrigued by the notion.

The two-sport high school star who went on to play college football was intrigued when told a mouthpiece, a device created to protect his teeth, could lead to improved athletic performance.

"I was definitely intrigued to hear about the science behind it, to know how it would actually have an influence on my reaction times and how I drive," said Ashley, who is a leading candidate for the 2020 NHRA Rookie of the Year award. "And then once I heard the science behind it, I realized that this is something that can be really effective and it can be used as another method that can help me behind the wheel. And for me, I'll take every advantage that I can get, whether it's microscopic and small or whether I feel like it's a large advantage, and this is something that I feel really plays into my favor, not only from a standpoint of it being comfortable but from a standpoint of it being effective and helping to increase my production."

So what is the science that makes this theory reality?

Florence Kirley, VP Operations for GuardLab, explained the science which made Ashley a believer.

"What we're finding more and more in the modern world, with modern athletes and different kinds of sports, is that people really want to optimize their performance," Kirley explained. "When you're wearing, first of all, a super great fitting mouthguard, that fits nice and snug, and allows you to really concentrate on your game, that's one easy way to make a difference in your performance.

"But the guards that we have, that are very unique to GuardLab, that has some proprietary technology in it, called an ARC Guard. We include an alignment reposition cushion inside the mouthguard. What this is doing is helping to provide better for balance, specifically around the jaw, the neck and the head muscles. There are 68 little tiny muscles in this area, and making sure all of that is in balance can really help with your alignment and your posture and your strength."

Ashley admits a way of life in his world is positive thinking, but the performance claims are more than just wishful thinking. The former A/Fuel Dragster standout leads all Top Fuel drivers in reaction times with a .048 average amongst drivers at the last two events at Lucas Oil Raceway in Indianapolis. Ashely is .013 quicker than the No. 2 driver, Antron Brown. 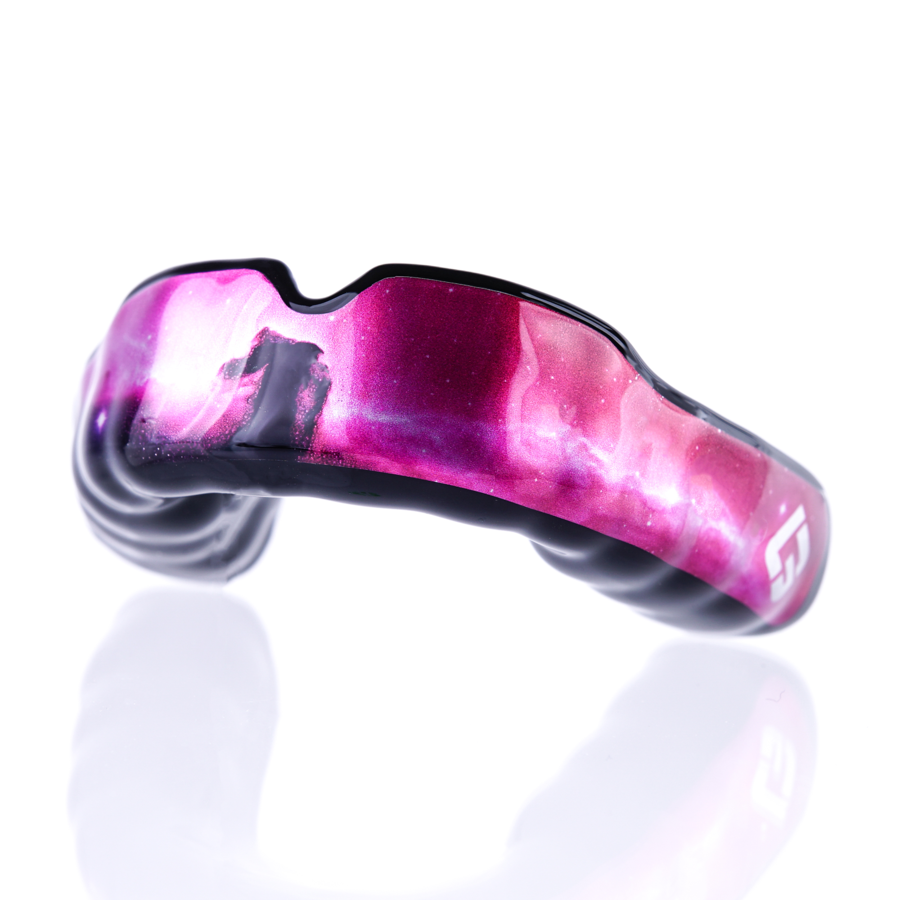 Ashley said it wasn't an immediate light switch realization of improvement, but as time went on, he could definitely see a difference.

"My first year racing in A/Fuel was 2017," Ashley said. "I never wore a mouthpiece. And then going into the 2018 year, I started talking to someone, and he suggested, 'You know what? You really should wear a mouthpiece for safety more so than anything else."

"I think it's essential to make sure you're protected. It's just a precautionary measure. But after I started speaking with the people from GuardLab, I figured that I had to wear a mouthpiece. I want one that's going to be comfortable, first and foremost, so I went to GuardLab, and they scanned my mouth. They made one fit perfectly to the way my teeth were aligned, so from a standpoint, number one, it was super comfortable, which I love, which in turn helps me to feel more comfortable behind the wheel.

"In terms of production, I said, 'let me just leave this in, and let's see how I feel and see how I drive.

"And I know I feel good, and I've been driving well, and I've had success before, but I've also had success after. Even if it provides me with a small edge, a big edge, whatever it is, I want any kind of advantage that I can get, even if it's in addition to diet, in addition to exercise. Whatever it takes, I'm willing to give it a try, and this has seemed to be effective for me." 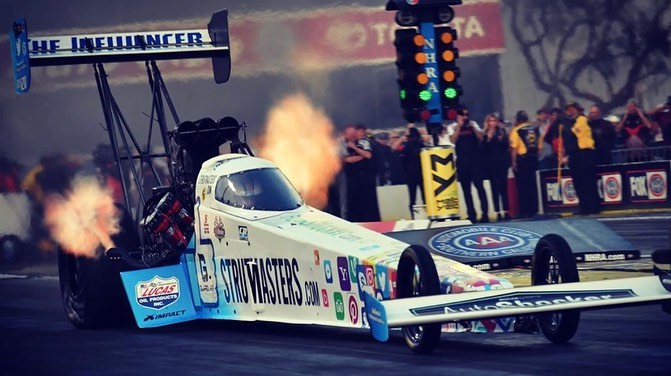 GuardLab has everything from the basic boil-and-bite design to a custom 3D scan which can be done at any of their network of dental providers. Mouthguard prices range from $24.95 to the top end design of $149.95.

GuardLab's 3D imaging system provides a digital impression that is regarded as the most advanced digital imaging of teeth available, replacing the messy old school way of the putty mold.

"That helps the mouthguard to be more accurate fitting as well," Kirley said.

Ashley wears the same design as those used by the United States Olympic athletes. While drag racing is not an Olympic sport, bobsledding is, and a tenth-of-a-second can be the difference in gold, silver or bronze.

"They want that edge, and that's what they were achieving from wearing the mouthguard," Kirley said. "When we're talking about muscles, it's the neuromuscular connection. So when your muscles are in perfect alignment and your brain fires off, okay, all systems go, when you've got that with alignment, that is what could improve your reaction time."

Ashley knows there will be skeptics who dismiss his claims as marketing mumbo-jumbo. but here's his take on that subject:

"That it's up to them; everyone's entitled to their own opinion," Ashley said. "I live in an abundance mentality. In other words, I don't believe in hiding anything. I believe in putting it out there to the universe, and if it helps somebody, if it helps one person, that's great. It's no advantage to me other than I'm happy to help people, and I want to see people be successful and I want to see people succeed. I'm willing to put it out there because I believe in it, and to me, it's the truth."